There was a quote in The E-Myth Revisited that stood out to me this week. Page 65:

The biggest draw, at least to me, to own my own business is so that I can have others do the work for me. I don’t want to be the Technician. I want to be the Manager and the Entrepreneur. I want someone else to be the Technician. At some point, I would like to not be the Manager either. I want to be able to do the types of things Jim Ritchie talks about in his Leaders videos. It would be a dream come true to have someone else running my business while I was able to go out and serve others.

That’s what I truly want to do – I want to serve others. I need to have an income in order to be able to support myself while I do that. What better way to have an income that to own your own successful business that someone else is running for you? 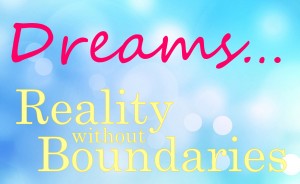 When I have my own company, one of the first things I want to do is brainstorm with my team. I want everyone to feel as though their ideas and opinions matter. It doesn’t mean that we’ll always be able to make everyone’s ideas turn into something tangible, but we will at least be able to feel as though we’re all important.

While doing an assignment for one of my classes this week, the following image came to mind. This is a great way to start a brainstorming session with a team. I’m putting it here so I’ll have it to come back to later.

My new friend Ritchie shared his formula for success:

I had a bit of an epiphany today when reading in chapter 3 of The E-Myth Revisited.

“The purpose of going into business is to get free of a job so you can create jobs for other people.”

True entrepreneurs understand this and THAT is why they go into business for themselves. THAT is what I want to do. What type of business it is doesn’t matter because I won’t have time to do much of it anyway.

Thinking back to my assets (see chapter 2 in The Start-Up Of You), when I sat down and thought through them, most of them were about helping others. I know how to teach, share, help and serve. I can do that for customers, AND I can do that for employees.

I want to start my own business to give myself an outlet for teaching others what I know and helping them find out who they are.

I don’t think I’m saying exactly what I mean, but I’m not sure how else to say it.

I want to create a place with a work environment that encourages creativity, innovation, and a learning spirit. I want it to be a place where others want to come to work; where we can enjoy each other and learn together. I don’t want to do all of the work – I want to help others learn to do things I already can.

Why do you think Randy Pausch was able to achieve so many of his childhood dreams?

I think Randy was able to achieve so many of his childhood dreams because they were specific enough to be attainable. The example I liked best was when he was talking about floating. He didn’t want to be an astronaut – he just wanted to feel what they felt when they didn’t have gravity weighing them down.

Another thing that helped him to achieve his dreams was his determination and drive. Not all people have an inner drive like he did. Unfortunately, too many people in today’s world are content to allow others to do their work for them. Instead of wanting to learn, they just want to be handed what they feel they’re entitled to. If more of us were like Randy, this world would be a much happier place. I with those who dishonestly collected handouts understood that.

Do you feel that dreaming is important? Why or why not?

Dreaming is incredibly important. Without a dream, we’re merely robots, going through daily motions waiting for life to happen to us. Dreamers make things happen. Dreamers create, achieve, adapt, apply, broaden, and satisfy. They help other people achieve their dreams. They inspire and fulfill, not only themselves, but others.

Discuss at least one of your childhood dreams. Explain why you believe you can or cannot achieve this dream.

Like many kids, I dreamt of being famous. I wanted people to know who I was. Not because I was better looking than anyone else, or smarter, or more talented. I didn’t really care what the reason was, I just wanted to be famous.